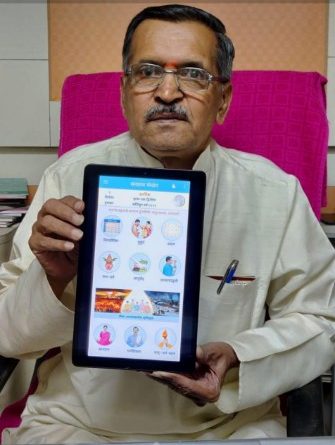 As the Indian economy and family system depends on the Hindu almanac, the importance of the almanac will remain till the ‘Sun and Moon exist’ ! – Panchagkarte Mr. Mohan Date

‘The method Time-measurement of Hindus is millions of years old and is based on the motion of the sun and moon. It is also conducive to the cycle of nature and the seasons. Therefore, festivals, seasons, vratas (Vowed observances), etc. do not change every year; But the method Time-measurement of other religions, that existed only a couple of thousand years ago is flawed. Even today, people buy the English calendars not to see the date, but to see the Tithi, Nakshatra (constellation), muhurt (Auspicious time), Ekadashi, Pradosh, festivals, vratas, etc. on that day. India’s economy is dependent on festivals. Purchases and sales take place accordingly. The turnover of trade is calculated as per it. This was all due to the Hindu almanac. Therefore, the importance of the almanac will remain ‘Yavachchandradivakarau’ (Till the sun and moon exist) in the future’, asserted the famous almanac writer of Maharashtra, Mr. Mohan Dhundiraj Date. He also lauded the fact that Sanatan Sanstha has been celebrating the New Year on Gudhipadwa for many years and today, the young generation is celebrating the New Year by organising a big procession welcoming New Year on Gudhipadwa instead of 1st January.

He was speaking in the online program ‘Uniqueness of and Sanatan almanac’, organised by Hindu Janajagruti Samiti. At this time, the Android app of ‘Sanatan Panchang 2021’ in Marathi, Kannada, Gujarati, Telugu and English languages produced by Sanatan Sanstha was inaugurated. The App in the Marathi language was inaugurated at the hands of renowned Panchagkarte (Writer of almanac) Mr. Mohan Date, the Kanand App at the hands of National Guide of Hindu Janajagruti Samiti Sadguru (Dr.) Charudatta Pingale, Gujarati language App at the hands of Acharya Ashokkumar Mishra of World Astro Federation at Patna (Bihar), the App in Telugu language at the hands of Retired Inspector General of Police in Odisha, Mr. Arun Kumar Upadhyay. The English language App was launched by the Founder-president of the World Astrology Federation in Nepal, Dr. Lokraj Poudel. A few days ago, the Hindi language almanac was inaugurated by Peethadhishwar of Shri Gupteswardham in Madhya Pradesh Dr. Mukundadas Maharaj. Sanatan Sanstha has appealed that all ‘Sanatan Panchang 2021’ Apps on Android and iOS systems should be downloaded from this link https://sanatanpanchang.com/download-apps/. The event was viewed live by 36,027 people on Facebook and YouTube and reaced 1,34,949 people.

Sanatan alamanac is created for awakening Hindus on Dharma by getting them out of cultural slavery of West ! – Sadguru (Dr.) Charudatta Pingale, National Guide of Hindu Janajagruti Samiti

On the occasion, Sadguru (Dr.) Charudatta Pingale said that ‘Hindu almanac’ is the foundation of Hindu Dharma and culture. We drove the British and the Mughals out of this country; However, the rulers who followed ignored the great Hindu method of time-measurement and adopted the English system. In a way, this has done great harm to the country by accepting the cultural slavery of the West. Sanatan Sanstha has started ‘Sanatan almanac’ since the year 2005 to get the people out of this slavery and create the self-respect and love for Hindu Dharma, culture, language, nation, etc. On this occasion, let us all decide that we will celebrate our own birthday and New Year according to the Tithi. At this time, other eminent speakers highlighted the importance of the Hindu method of time-measurement and almanac in life. 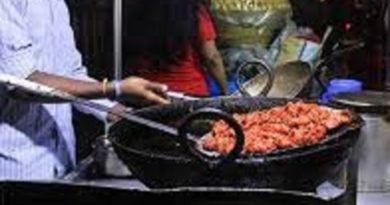 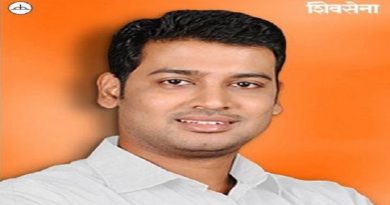 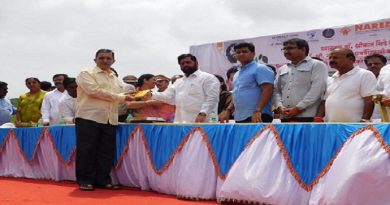